Pastor Mike Widner grew up in Helotes. He graduated from the University of Texas at San Antonio with a Bachelor of Business Administration degree focusing on Management. While in college and thereafter, he worked at a local insurance company and was involved with the youth and young adult ministries of his home congregation as well as serving on church council. Upon discerning the call to become a pastor, he attended Luther Seminary in St. Paul, Minnesota obtaining a certification in youth ministry in addition to the Master of Divinity degree.

Pastor Mike has served as Associate Pastor for congregations in Brenham, Texas, Katy, Texas, Syracuse, Nebraska and Alexandria, Minnesota. Each congregation had differing responsibilities for him, which included confirmation, youth, and young adults, small group ministries, Milestones Ministries, faith formation for all ages, ministry with elders along with the usual pastoral duties of preaching, leading worship, pastoral care and presiding over the sacraments, weddings, and funerals.  Pastor Mike has been in at Christ the King for 5 years now and looks forward to each new ministry opportunity.

Pastor Mike has one daughter, Violet, “who is one of the great joys in my life and continues to astound me.” Beyond spending time with family and friends, he enjoys photography, volleyball, gardening and watching movies. “I enjoy getting to know people and having fun as we walk together through life, exploring the incredibly gracious and profound love that God pours upon us through Christ.”

Mariesa was born in Lubbock, TX and raised in Midland. After graduating from Texas Lutheran University, she pursued her ministry as the Director of Youth and Family Ministries at Our Savior Lutheran in Bradley, Illinois.  This year begins her 21st year in ministry. During that time, Mariesa received her certification in Youth and Family Ministries from Wartburg Theological Seminary. Eventually, Mariesa realized she missed Texas and joined the Christ the King staff in 2005.

Mariesa enjoys spending time on the weekends playing with her puppies, doing art and seeing what she can get into on the grill.  She has been happily married to Jody for over 20 years and have a crazy high school son, Cade who keeps them busy with theater performances and now wanting to learn to drive.  She loves going to the theater every chance she can with her son and sings Musicals at the top of her lungs with him in the car.

Originally from Victoria, TX, Margaret moved to Cibolo 16 years ago. She and her husband, Don, began worshipping at Christ the King because it was located directly across from their Italian restaurant. Margaret became Administrative Assistant at CTK on in January 2008. Previously, she was Church Secretary at Trinity Lutheran Church for 20 years and at First United Methodist Church for 1 year in Victoria. As a lifelong Lutheran, Margaret has been a member of church choirs since she was 5 years old. She is involved in Women of the ELCA and has served on the SWT Synod WELCA Board as Conference Representative and Secretary. She has been President and Secretary of CTK’s WELCA Unit. In her spare time, Margaret enjoys cooking, reading, entertaining, and spending time with family and friends.

Sally was born and raised in Ohio and earned her Bachelor’s degree in Education-Music from The University of Toledo. Sally has been involved in the music of the Lutheran church since her youth. She has provided special music, sung in the choir, directed children’s music programs and directed bands and choirs. Sally’s family moved to Texas when her husband, Tim, received his assignment to Randolph Air Force Base in 2003. Tim and Sally have three children. 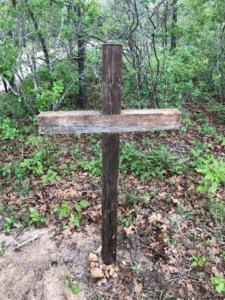